This year's trade fair once again confirmed its status of the main sector event in Ukraine, bringing together the key domestic and foreign players of the power and electrical market at the single place. Among them are managers and specialists of relevant government agencies, energy companies, industrial enterprises, experts, investors, financiers, representatives of scientific, service, public organizations.

Together with the trade fair "Power Engineering for Industry '2017" there were held the International trade fairs "OILGASEXPO '2017" and "MINING INDUSTRY EXPO '2017". The unique combination of those events gathered the participants of power, mining, oil and gas, machine‑building markets and related industries under the one roof. The powerful demonstration platform with the area of about 7500 sq.m represented the wide range of products for the effective work of Ukrainian enterprises.

On November 7 in the opening ceremony of the XV International Forum "Fuel and Energy Complex of Ukraine: the Present and the Future" and the International trade fairs "Power Engineering for Industry '2017", "OILGASEXPO '2017" and "MINING INDUSTRY EXPO '2017" the following guests took part:
- First Deputy Minister of Energy and Coal Industry of Ukraine Galyna Carp
- First Deputy Chairman of the Verkhovna Rada Committee on Fuel and Energy Complex, Nuclear Policy and Nuclear Safety Oleksandr Dombrovski
- Deputy Minister of Energy and Coal Industry of Ukraine on European Integration Natalia Boyko
- Director of the USAID Mission in Ukraine, Belarus and Moldova Ms. Susan Fritc
- Ambassador Extraordinary and Plenipotentiary of the Islamic Republic of Iran in Ukraine Mr. Mohammad Beheshti Monfared
- Ambassador Extraordinary and Plenipotentiary of the Czech Republic in Ukraine Mr. Radek Matula
- Chairman of the Public Council under the Ministry of Energy and Coal Industry, Hero of Ukraine Semen Potashnik
- President of СIGRE‑Ukraine Association Oleksandr Svetelik
- CEO of IEC Anatoliy Tkachenko
- other honorary guests.

Galina Karp noted the importance of the Forum for demonstrating the achievements of domestic power engineering and discussing plans for further development. Also she mentioned that year the Ministry of Energy and Coal Industry of Ukraine had got a lot of developments, in particular, the normative legal base for formation of gas and electricity markets was worked out. "The Forum is the opportunity to gather the best practices, discuss current issues of the fuel and energy sector, identify priority tasks and find effective ways to implement them", - the First Deputy Minister said and wished the participants fruitful work.

On behalf of the Verkhovna Rada of Ukraine profile committee the participants were congratulated by Oleksandr Dombrovski. He emphasised that the world had been changing fast and the key message that it had changed was the innovative model of any country. "Therefore innovations, clean energy, modern technologies are the things that Ukraine needs today and these are here today", - O. Dombrovski noted.

The regional director of the US Agency for International Development in Ukraine, Belarus and Moldova Susan Fritz said about the intention to develop mutually beneficial cooperation.

Among the participants are companies representing world and domestic brands:

More than 5000 visitors from Ukraine and other countries have been registered for exhibition working days. On November 7 - 9 in the other pavilions of IEC there were trade fairs devoted to issues of alternative energy sources and fuels, energy saving technologies implementation in construction and housing and communal services, modernization of engineering grids, environmental measures in industry. Simultaneous holding of the complex of exhibition events of related industries substantially expanded the horizons of industrial survey of products and led to the significant increase in the number of visitors, there were more than 13,000 professionals. Among them are mainly executives and highly skilled specialists of the enterprises, that aimed not only at getting acquainted with expositions, but also at finding specific technologies and equipment for their production, conducting preliminary negotiations for the purchase of products.

The business program covered the wide range of the urgent issues of power industry development. In particular, with the participation of the Ministry of Energy and Coal Industry the following events took place:

- Seminar: "Transparency for Trust. How to Make Power Engineering Available"

The seminar was opened by Natalia Boyko, the Deputy Minister of Energy and Coal Industry of Ukraine on European Integration. The Ministry of Energy and Coal Industry of Ukraine tends to be more open and transparent. These are the key priorities in our work. Therefore, our Department maximally contributes to the experts work and provides the necessary information. The very openness has made it possible to refute much unverified information that appeared in the information space".

Oleksandr Dombrovski, Acting Chairman of the Verkhovna Rada Committee on Fuel and Energy Complex, Nuclear Policy and Nuclear Safety, emphasized that the issue of transparency is one of the key issues that exists in any economy, in particular, in Ukraine. "EITI Ukraine / the Extractive Industries Transparency Initiative in Ukraine is the real thing for Ukrainian energy sector today".

"More transparency will help to develop new business relationships and engage strategic partners for important projects in the sector such as modernization of the gas transportation system of Ukraine and creation of Ukrainian gas pipeline. Besides transparency and openness in power engineering will help to deliver information that consumers will be able to believe", - said Susan Fritz, the Director of USAID Mission in Ukraine, Belarus and Moldova.

Sections were devoted to the most urgent issues of electric power infrastructure functioning, discussion of the processes of new electricity market introduction, algorithms for the gradual transformation and adaptation of power facilities in transition period, strategies of price regulation and tariff setting. The most urgent issues concerning ensuring reliable and efficient production and transportation of electricity, prospects for development of power generating sources and electric grids on the basis of the latest developments and modern equipment were considered.

Moderators: Oleksandr Svetelik, the President of SIGRE-Ukraine Association; Serhiy Yermilov, the Director of the Institute of Ecology and Energy Saving; Serhiy Chekh, the Advisor to the Minister of Energy and Coal Industry of Ukraine. Speakers: the representatives of SE "Energorynok", National Commission for State Regulation of Energy and Public Utilities of Ukraine, energy companies; experts, analysts, scientists, manufacturers of electrical and power engineering production.

During the panel discussions on the issues of energy infrastructure cyber security the following topics were considered: the concept and peculiarities of development of security sector elements, prospects of cloud technologies, ways to reduce the cost of data storage, preventive measures to maintain its own IT infrastructure, experience of international partners and organizations in operation and implementation of information security systems, other important themes. Among the discussions participants there were leading international and domestic IT companies, such as the representative Cisco in Ukraine, System Integration Center, De Novo, Unicorn Systems UA; the representatives of the Ministry of Energy and Coal Industry of Ukraine, Security Service of Ukraine Association of Illinois Electric Cooperatives (USA), international company ISSP, heads and experts of IT security departments of energy companies and industrial enterprises, system integrators.

- Nuclear Power Day
Traditionally Energoatom held its event. Many interesting and ambitious topics and projects on development of Ukrainian nuclear power industry were discussed this year. In particular, participants talked about world trends and Ukrainian realities of nuclear generation development, life extension of domestic nuclear power plant units, construction of new power plant units in the world, benefits and challenges of SMR reactors introducing and many other topics.

Opening the event, the president of NNEGC Energoatom Yuri Nedashkovsky noted that recently approved Government Energy Strategy until 2035 "provides not only life extension of the operating nuclear power plant units, that is the key and important target for Energoatom, but also design and construction of new nuclear power plant units". From 2030 till 2040 period the extended lifetime of 12 power units will have been expired and they must be replaced by new ones that will be able to work in shunting mode. The company is already working in this direction and is studying the possibility of replacing operating nuclear power plant units of 440 or 1000 MW (after their decommissioning in the future) to modular low‑power reactors", - Yuri Nedashkovsky emphasized.

He also stressed that the Dignity Revolution gave the rise to significant changes in development of domestic nuclear power. In particular, in the issues of diversification of nuclear fuel supply, construction of the centralized storage of spent nuclear fuel, implementation of projects on unlocking of Ukrainian nuclear power plants loop flows.

- International Hydropower Engineers Conference
Semen Potashnik, the President of Ukrhydroenerho Association, the Hero of Ukraine, stressed that year Ukrhydroenerho Association celebrated the 15th anniversary of founding and noted the importance of hydropower development, which provides power regulation in the power grid of Ukraine. For 15 years we have been engaging in development of hydropower of Ukraine. At the same time, we have not only been defending our professional view on development of the industry, but in practice we have been implementing our plans into life", - Semen Potashnik noted.

Ihor Sirota, the General Director of PJSC Ukrhydroenerho, focused on issues related to the implementation of the Hydropower Development Program until 2026, in particular, development of small hydropower.

- Roundtable: "Smart Grid Concept and the Necessity of Introducing Smart Grid Elements - Technologies in Conditions of Reforming the Market of Electric Energy"
The Ministry of Energy and Coal Industry of Ukraine currently supported by the World Bank implements the project on preparation of the Concept of integrated introduction of Smart Grids in Ukraine by 2035 and medium‑term Action Plan on their implementation. During the event the following issues were discussed: need to develop appropriate regulatory and technical support for the integration of distributed energy sources using energy storage devices, creation of the power management platform for integrated distributed energy sources based on the modern Smart Grid technologies, ensuring the implementation of the international standards of interoperability of Smart Grid equipment relevant regulations and specifications.

- Panel Discussion: "Integration of the UES of Ukraine into the ENTSO‑E: Key Challenges and Assignments"
Opening the meeting Vsevolod Kovalchuk, the head of Ukrenergo, focused his attention at the key opportunities, internal and external risks and positive consequences of the Ukrainian energy system integration into the ENTSO‑E. Mykhaylo Bno‑Ayriyan, the Director of Communications and International Cooperation of SE "Ukrenergo", told the participants about the main aspects of cooperation with ENTSO‑E, as well as about 3 main conditions for getting status of the ENTSO‑E observer by Ukrenergo. The basic requirements for additional research on static and dynamic stability of the energy system, the issues on development of power infrastructure in the context of future European integration were discussed. 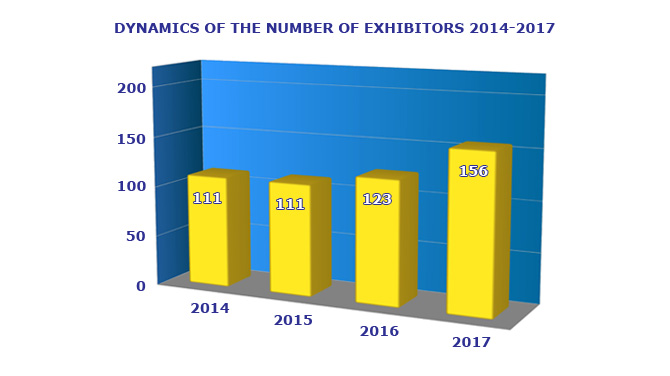